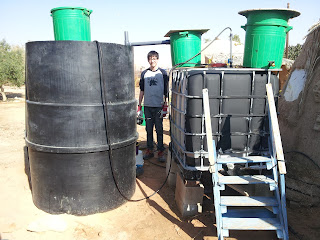 Mike Kaplin and I spent a few years of researching Methane Biogas Digestors in order to determine which one would be educational and utilitarian for use in the EcoCampus Kitchen.

I had learned about plug-flow anaerobic methane digestion systems when studying agriculture at Cornell University in 1982. This was a I was enamored with the idea of dairy farms being able to produce their own energy and was the foundation for my lifelong engagement in developing sustainable systems. 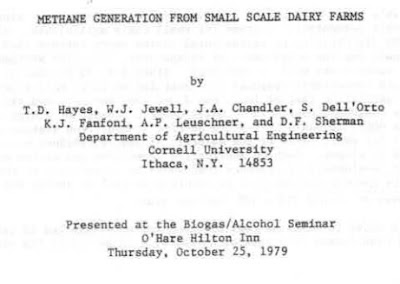 The system that we studied processed cow manure on an upstate NY dairy farm [I wish i could remember the name of the farm where the first system was built and tested] and the result was sufficient biogas to power the milking machinery and for heating water for use in the dairy And to keep the biodigester slurry warm enough in the winter months to keep the microbes “happy” and active. It was a revolutionary idea that since has developed and spread to other dairies
http://www.manuremanagement.cornell.edu/

Columbian volunteers working on Kibbutz Lotan introduced us to the simple salchicha plugflow system. They were planning on building one on their farm when they returned home. I wonder if they did and how it’s functioning.


Small world! This video was made by my friends Leticia and Ryan of www.comuntierra.org and the network of sustainable communities and projects in latin america www.casacontinental.org

A synchronicity in 2009 brought together MIT graduate intern Fernando Funakoshi and Yair Teller to Lotan. I asked Fernando to do a feasibility study on biogas production for the EcoCampus Kitchen and he was fortunate to have Yair, who had just returned from abroad with experience in the salchicha system, as an adviser. We worked on a plan and focused on two problem areas: collecting the slurry and transporting it to be used elsewhere and protecting the plastic digester bags from too much sunlight and from being punctured. We developed a design for adding a shade structure above the salchicha that would also protect it from punctures as well as input and output structures for the slurry that would keep the area clean.

Fernando left after the summer and Yair built the system at the Arava institute (Kibbutz Ketura – LINK to PHOTOS http://www.solarcities.eu/projects/arava-institute-israel-2014)

Recently a Kenyan initiative Flexi Biogas Solutions has started producing salchicha biogas systems with external protection from sun and physical damage that we were concerned with – scroll to end to read more and see video.

We were still looking for a robust system and one that would take up less land. I was in email communication for years with Thomas Culhane since I learned about his work in Cairo teaching poor people how to make solar absorption hot water heaters from car radiators. Thomas was moving forward with making biodigesters from re-purposed IBC containers [DIY video https://www.youtube.com/watch?v=Yp4OQ2IKtcY] while in India the ARTI system had gained popularity as an above ground system and worldwide the underground concrete fixed dome [Puxin] system had become prevalent.

My concern was that the underground systems would eventually leak, polluting groundwater and clog demanding pumping out [or worse – manual cleaning out – a horrible job].

Mike, Thomas and I begin a design process via the internet and in January 2014 – Thomas comes to Lotan with Leo Adler – a past graduate of our programs who’s a biogas engineer in Brazil – and we construct together with our Green Apprenticeship Permaculture Design Course a combination IBC-ARTI system which produces up to 5 hours a day of cooking gas from bodigested food scraps from the EcoCampus Kitchen.

The IBC is the primary ‘stomach’ where most of the gas is produced while the ARTI serves as the methane container, pressurizer and continues biodigesting to get more energy out of the system. Yair supplies a Puxin burner for low pressure gas. It took the system about 6 weeks to begin working and it’s been pumping out biogas ever since. 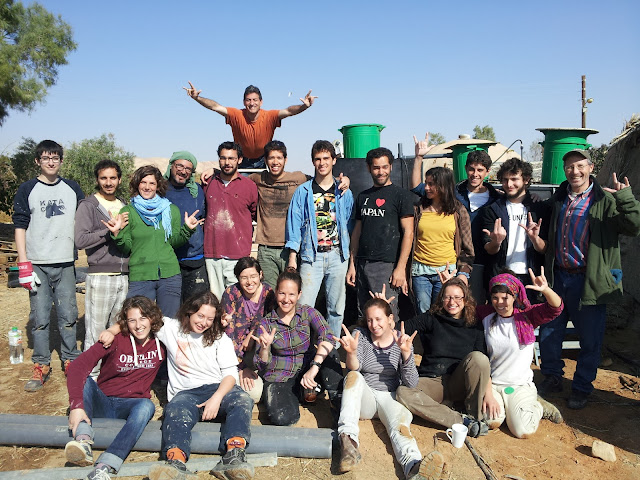 
Homebiogas creates a lot of excitement on the TV News
Join in the discussion and find partners to help you DIY at https://www.facebook.com/groups/methanogens/

Drive yourself bonkers with T.H. Culhane’s videos of making biogas digesters around the world https://www.youtube.com/user/tculhane/videos

I appreciate the potential simplicity of the salchicha system albeit issues like bag material selection [some plastics have lifetime of 2 or so years from being exposed to sunlight and/or from the methane breaking it down from the inside] and selecting/attaching all the fittings. It can be a fun DIY project when you have a construction material supply store nearby. We did not have the time or staff to tinker with it or the funds to research/develop a product to sell. There was also an issue of dealing with the authorities to standardize and permit safety codes for home biogas production. I doubted that it would be worthwhile for an individual entrepreneur to develop a commercial product of the simple salchicha and wondered when a government extension agency or NGO would fund development of a full deliverable system.

Researching the issue for this blog I found the Kenyan initiative “Flexi biogas” kit. The kit includes the bag, pipes, burners and a hoop tunnel cover to shade the bag and protect it from punctures. In August 2015 they opened their website.
International Fund for Agriculture Development IFAD case study of the systems: http://www.ifad.org/pub/thematic/biogas.pdf
Website: http://biogas.co.ke/en/
Facebook: www.facebook.com/flexi.biogas

The Flexi Biogas system is included in the following edition of “Shamba (1) Shape Up“, an “edu-tainment” production aimed at East Africa’s rural audience using the make over style TV show aims to give both farmer and audience the tools they need to improve productivity and income on their farms. It is fun and full of local flavor! They confirm what biogas proponents say:
> kitchen fire smoke is a cause of respiratory illness and death of children and women
> use of wood and charcoal for home cooking is a cause of deforestation
> biogas systems free girls and women from time intensive wood collection work, which can be used for education and economic initiatives. 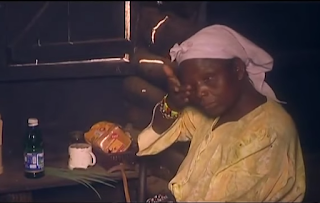 (1) Shamba is a Swahili word for a small plot used for growing subsistence crops and fruit-bearing trees, often including the dwelling of the farmer.